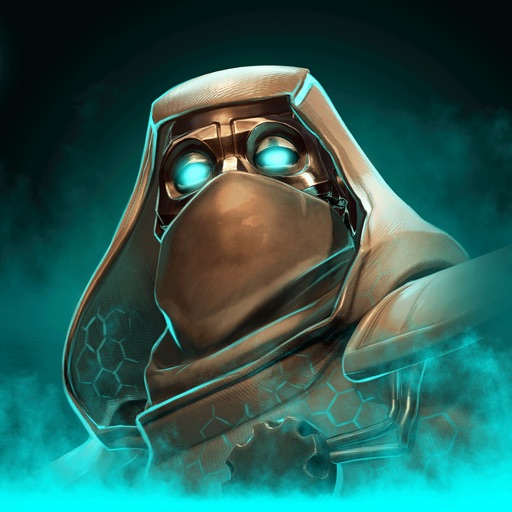 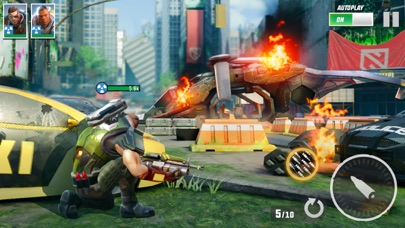 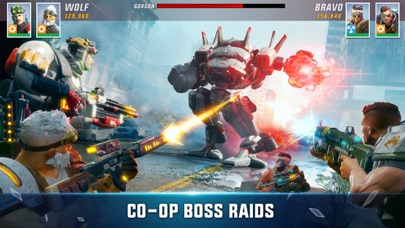 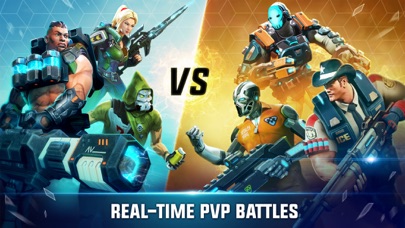 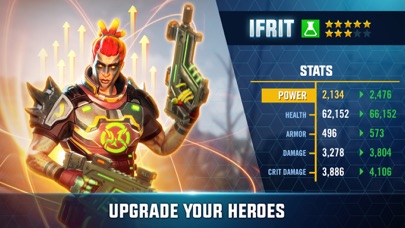 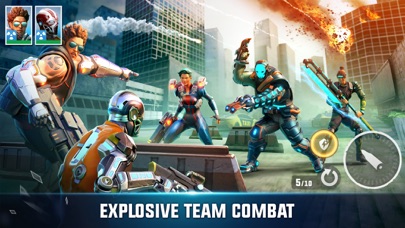 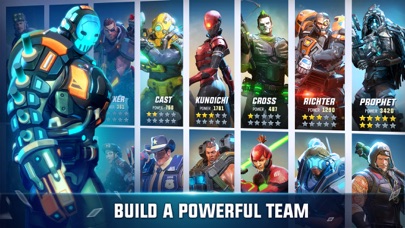 Build a Powerful Team of Heroes! Play the #1 in Shooting RPG Games! Recruit 50+ Legendary Heroes to go hunting with!

Join epic games with friends in Co-op Missions and compete world-wide in real-time online PvP survival battles. The most incredible free team-based battle royale. The World’s Survival depends on you - crush anyone who is part of the Kurtz army kingdom!

Participate in Daily Events, Gauntlet Mode and Boss Raids! Take charge by shooting and switching between heroes, or use auto-play for idle gameplay!

Gear up for the best free third person shooter rpg game on mobile!

JOIN THE HUNT • Cover-based, third person shooter experience with amazing console-like graphics • Quickly swap between Heroes during battle in real-time, team-based combat wars • Modern and futuristic weaponry makes playing each hero a distinct experience; fire sniper rifles and energy guns • Deploy jaw-dropping special abilities that can quickly turn the tide of battle. • Hone your skills by controlling your heroes or play idle when on the move.

COMMAND YOUR HEROES • Collect exclusive heroes, each with their own legendary weapons and special abilities. • Assemble the right team to take on the enemy. Mix up your roster to find the perfect combination - keep your tanks and healers on overwatch while your assassins and assault classes take down the enemy. • Play as your favorite hero and dynamically switch between heroes at any time during gameplay. • Plunder loot after each battle, level up your heroes, upgrade your abilities and perfect your loadout. • Immerse yourself in the single-player campaign as you fight against raiders, bandits and worse in a post-apocalyptic cityscape. • The battle is never over. Watch your hero squad dominate the battlefield.

REAL-TIME PvP TACTICAL BATTLE MODE • Challenge your skills against other players in real-time multiplayer action-packed tactical PvP combat • Craft a tactical squad of up to 5 heroes and dominate the leaderboards and leagues • Join forces with your friends to build an unstoppable military alliance • Beat your rivals in intense time-based event competitions focused on both solo and strategic group play. • Become one of the highest ranked lords of PvP!

CUSTOM CRATE – PREMIUM SUBSCRIPTION • Subscriptions are $19.99 USD Monthly and includes 1 Custom Crate every 7 days • Payment will be charged to iTunes Account at confirmation of purchase • Subscription automatically renews unless auto-renew is turned off at least 24-hours before the end of the current period • Subscriptions may be managed by the user and auto-renewal may be turned off by going to the user’s Account Settings after purchase • Any unused portion of a free trial period will be forfeited when the user purchases a Premium Subscription.

Play one of the Top Shooting RPG Games for FREE! Download Now!

The Way to use our Tool

Action , Entertainment , Adventure , Games
This site uses cookies. By continuing to use this website, you agree to their use. I Accept